It’s not just games: how learning to code could change the education system 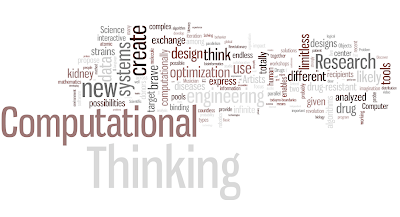 Great post over at Penny Arcade, ignited by Obama’s recent fireside talk on Google Hangout, where he echoes the sentiment of computing biased educationalists everywhere:

“I want to make sure [young people] know how to actually produce stuff using computers, and not just consume stuff,” – U.S. President Obama

Les Miller, Professor of Computer Science at Iowa State University inparticular goes into some real detail particularly about how the issue is not just shoehorning programming into the curriculum (in fact that’s likely to be pretty useless). It’s really, as I’ve been arguing recently, about developing the problem solving toolset that you develop as a computer scientist; ie. computational thinking

“This is why using games as an example is so powerful: If you tell students that they’ll learn how to create a video game, they won’t focus on the math, or the skills they have to learn to get there. They’re going to focus on what they need to do to make the games. If the goal is exciting enough, the steps to get there cease to be serious barriers.” – Les Miller, Professor of Computer Science at Iowa State University