Join Our Mission To Give Kids Coding Superpowers

Our Kids Coding Kickstarter got off to a good start but we need more pledges if we’re going to succeed.

Our project will teach children age 5-10 coding basics and you get to send a kit to your school at the same time!

So it’s time to bring out the big guns and show how much I want this project to succeed.

To do that, I’m going to give away my entire computer and gaming collection which is basically a mini computing museum. It includes things that are going to be tough to part with, such as the machines I learned to code on. But if it helps this kids project succeed I’m fine with that.

I’m prepared to make a sacrifice and I hope you will too and back the project – only backers will get notified of the retro rewards when they’re available.

So have a look at some of swag:

I’m going to create some special pledges where you can pickup one of the following:
(ps. I think there’s more so will update this list today) 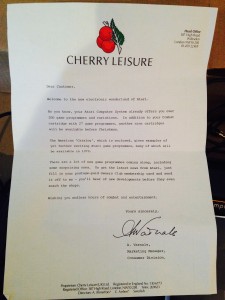 Plus there’s a stack of boxed games, all in great condition

So, if you’ve read this far (thank you!) you’re hopefully wondering how you can get some of this great computing and gaming history and help our little kids coding project!

Over this weekend I’m going to work out what packs work best as rewards and update via the Kickstarter.

That is make them available only to backers so you’ll need to back the project at least $1/£1 (hopefully more, think of the children 🙂  – and that means you’ll get notified first as they’re limited ! you can upgrade to the retro rewards when they’re up.

Okay, this is going to hurt but it’s worth it!

Thank you for your support, 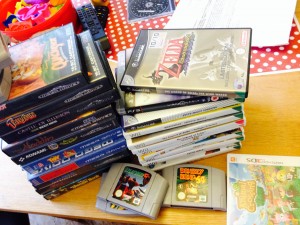 You can see a few more items on my instagram, might have scroll down a bit 😉 http://instagram.com/danfbridge